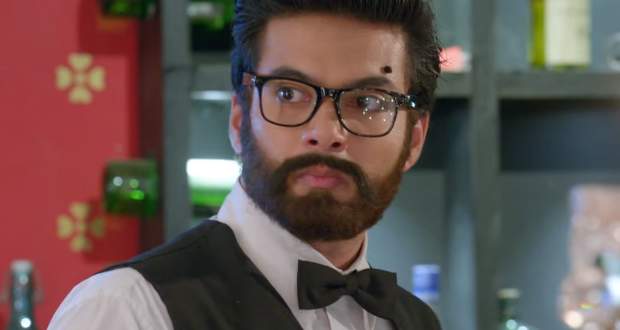 Today's KZK2 16 Jan episode starts with Anurag revealing his feelings in front of Komolika. Komolika gets disturbed and decides to blackmail the doctor.

She gets the medicine to slow Anurag’s brain. Meanwhile, Ronit tries to trap Prerna and kidnap her while Viraj says she doesn’t need to go as he will ask his driver.

Anurag continues to search for Prerna while Anupam is suspicious that Prerna is in danger. Elsewhere, Viraj confesses his feelings for Prerna.

Prerna confesses that she likes Anurag while Viraj is still infatuated towards her. Later, Ronit is about to kidnap Prerna while Anupam decides not to tell Anurag anything.

Elsewhere, Prerna finds Komolika mixing a tablet in Anurag’s water while Prerna takes the water from Anurag and starts coughing.

Prerna drinks the water with Anurag’s medicine while Anurag gets suspicious of Ronit. Later, Komolika asks Ronit to leave with his gang members.

Meanwhile, Anurag tells Prerna about his memories while Mohini interrupts their conversation. Anurag tells the same thing to Mohini while she thinks he is talking about Bajaj’s case.

Later, Viraj tells Anurag that he has proposed Prerna.