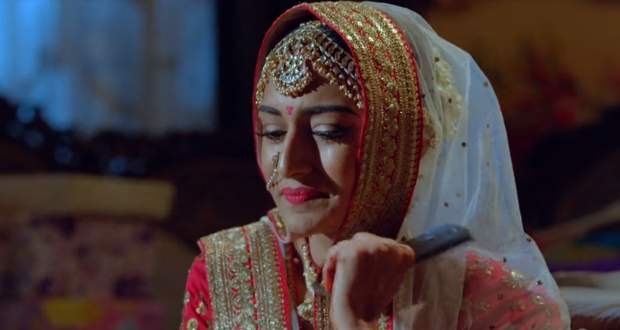 Nivedita informs Mohini, and they all decide to leave for the hospital. Meanwhile, Anurag is having dreams about Prerna in the hospital.

Prerna arrives at the Bajaj mansion and starts with the rituals of her Grah Pravesh.

At the hospital, Anurag wants to go and meet Prerna but is told nobody came to meet him. The doctor remembers he was told by Prerna not to tell him the truth.

Later, Mohini and other family members arrive at the hospital to meet Anurag. He informs them Prerna has broken his heart and has married Mr. Bajaj instead.

He is shattered with Prerna’s betrayal. His confessions shock Mohini and others.

Prerna gets a call from Shivani. She accuses Prerna of betraying Anurag and asks for reasons for her actions.

Veena wants to go to the parlor to get Prerna. Shivani tries to tell her the truth but is interrupted by Mohini’s voice from the hall.

Mohini informs Veena about Bajaj and Prerna’s marriage. Veena is not ready to believe it and calls off the marriage between Anurag and Prerna.

She gets hurt by Mohini’s words. Nivedita also tries to tell her that whatever her mother is saying is true.