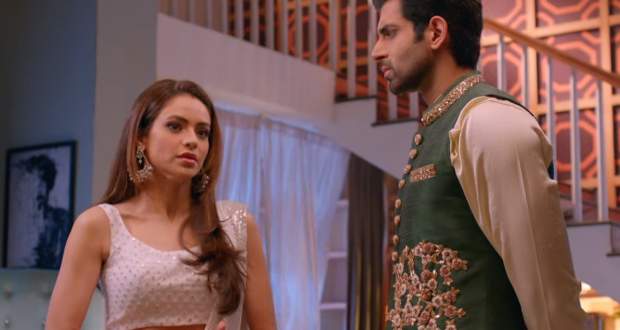 Today's KZK2 17 Feb episode starts with Prerna saying that she and Anurag are made for each other. She also reveals that she was doing a drama of being injured to avoid engagement.

Prerna further challenges her that within three days Komolika will be out of Basu Badi. Meanwhile, Shekhar is out to search for the mechanic who failed breaks of Prerna’s car.

Ronit reaches the mechanic’s house while elsewhere, Anurag is suspicious of Viraj and questions him. He cross-questions him and learns that Viraj was lying.

Anurag follows Viraj and Komolika tells Viraj that she is coming to meet him. Meanwhile, Ronit tries to kill the mechanic and gets into a fight.

Shekhar reaches the mechanic’s house while Ronit hides in a room. Meanwhile, Anurag follows Viraj but Viraj learns that some car is after him.

Viraj stops the car and confronts Anurag about following him. Anurag tries to manipulate the situation while Viraj is smart enough to get rid of him.

Later, Viraj reveals in front of Komolika that Anurag was following him. Komolika asks Viraj to get married to Prerna within 2 days and get out of Kolkata. Ronit is held by Shekhar who is not able to see his face.