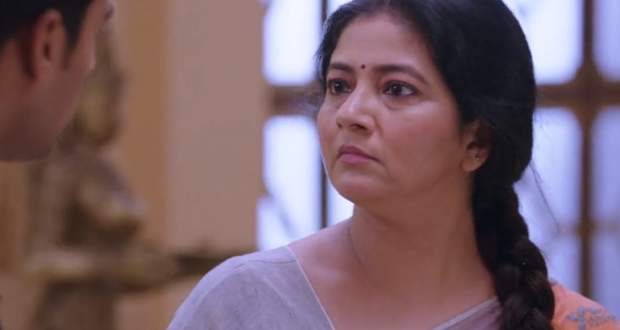 Today's KZK2 17 Jul episode starts with Nivedita asking Shivani to tell the truth. She admits she knows about the marriage. Veena is also shown the photograph of Prerna getting married.

Mohini accuses Veena of taking money from Mr. Bajaj and making a deal. Veena is shattered to learn the truth.

In the hospital, Anurag questions himself why he was betrayed. He breaks down in tears while recalling the moments spent with Prerna.

Mohini curses Prerna for going through the same pain throughout her life and that she will also get heartbroken.

The doctor informs Anurag that he can go home. Meanwhile, Veena gets angry at Shivani for not telling the truth.

Later, Mohini is afraid that Anurag will not be able to recover from the pain. She is determined to save her family.

Anurag doesn’t react when Nivedita tries to cheer him up. She tells him to go to Switzerland for the meeting.

Nivedita is shattered to see Anurag’s condition. Mohini tells her to stay strong and go for the conference to represent Basu Publications.

Veena also curses Prerna for suffering from the same pain. She goes to the Bajaj mansion to meet Prerna. She learns that Mr. Bajaj and Prerna have left for Switzerland.

© Copyright tellybest.com, 2018 & 2019. All Rights Reserved. Unauthorized use and/or duplication of this material without written permission from tellybest.com is strictly prohibited.
Cached Saved on: Saturday 6th of June 2020 08:45:37 PMCached Disp on: Saturday 4th of July 2020 04:18:38 PM