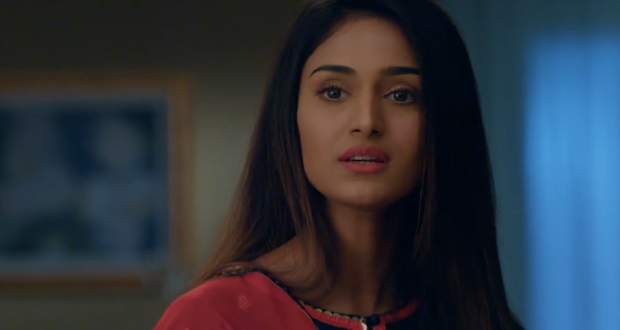 Today's KZK2 17 Jul episode starts with Anurag challenging Prerna to get a sign on the papers. Prerna admits that she has lost the papers that were signed by Sudhir.

Prerna is still confident that she will destroy Anurag. She also thinks that Anurag will ask for forgiveness but he will never get it. Anurag and Prerna continue to argue while later Prerna realizes she has feelings for him.

Sneha arrives near her car and offers a handkerchief as she is crying. She asks Prerna if she has lost something and feels bad for her. Anurag witnesses this scene while Sneha repeats the same thing about Karma as Prerna.

Sneha says she has learned everything in her mother’s womb. Meanwhile, Kaushik wants to hurt Kukki by making her jealous. He says he will talk to her friend and make Kukki cry.

Sneha asks Anurag to share her snacks with her while Anurag remembers talking to his baby in Prerna’s womb. Anurag learns that Sudhir has signed on Prerna’s papers.

Later, Prerna makes something sweet and shares with the family members. She is further worried about Shivani as she doesn’t speak much. Mr. Bajaj also congratulates Prerna while Kukki decides to celebrate.

Anurag is also celebrating Prerna’s success in a bar with a friend. Meanwhile, Prerna is not happy but hides her pain. Shivani knows she is not at peace while watching Anurag in pain.