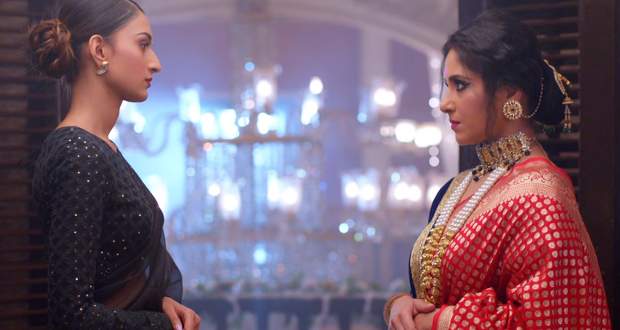 Today's KZK2 17 Mar episode starts with Anurag suggesting that Prerna wants his attention. Komolika asks Bajaj why he returned while Bajaj mocks her by saying she is scared.

He further says Anurag might push her next off the bridge. Prerna and Anurag look at each other and remember their past memories. Prerna bumps into a waiter and later goes to Anurag’s room.

Prerna looks at Anurag and Komolika’s picture and remembers the past. She feels weird but doesn’t cry as she hates Anurag. She wishes to snatch everything from him.

Anurag asks Bajaj about his arrival while Bajaj suggests that it is the beginning of Prerna’s win. Anurag says he can harm Prerna while Bajaj says Prerna hates him.

Bajaj says she is not Anurag’s Prerna but is his Prerna. Meanwhile, Mohini confronts Prerna and asks her about her presence in Anurag and Komolika’s room.

Prerna shows her attitude and doesn’t feel important to answer her. Mohini accuses her and Bajaj of targeting them while Prerna smiles and leaves without answering.

Nivedita asks Prerna to stay away from Basu Badi while Prerna says they will talk in the office. Later, Kuki discusses Kaushik with Prerna while Kaushik can’t stop talking about Kuki in front of Anurag.