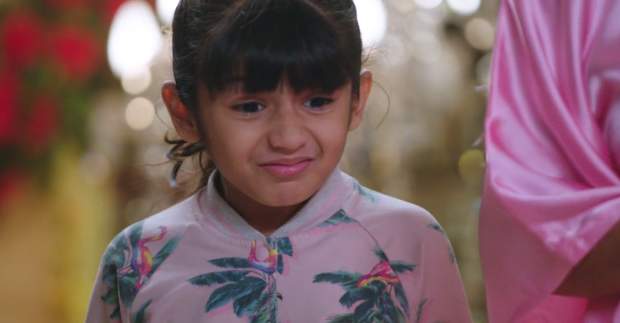 Bajaj is about to kill Anurag when Prerna enters and stops him. At the same time, Mohini wakes up and finds Moloy in an injured condition.

Bajaj still tries to kill Anurag but Prerna comes in between them and declares he loves only Anurag. Bajaj is about to attack Prerna when Kuki comes and calls out Maa.

She runs towards Prerna but falls straight on a glass. Later, Moloy and Kuki are brought in the hospital. Bajaj asks the nurse about Kuki and asks Prerna why she came out of the room.

Kuki needs blood and Prerna wishes to donate as she is a universal donor. Mohini forbids Prerna from helping Bajaj’s family and giving blood.

Prerna stops herself while Bajaj calls everyone to get the AB- blood group. Prerna decides to give blood and Anurag supports her.

Mohini accuses Anurag of Moloy’s condition and says she will not forgive Anurag if anything happens to him. Later, Anupam tells Mohini that Anurag is safe because of Prerna.

She is further shown the video of Prerna confessing the reason for marrying Bajaj.