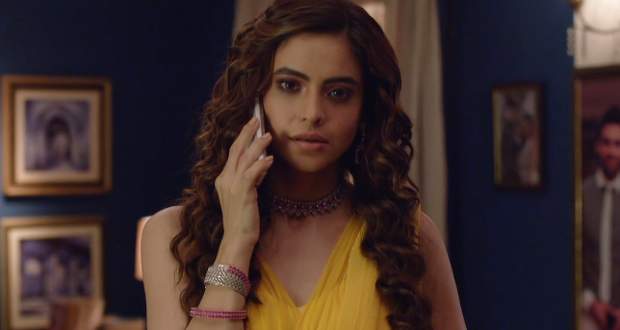 Today's KZK2 17 Sep episode starts with Bajaj getting angry at servants. Bajaj reveals that he saw Kuki with a boy while Prerna asks Kuki about the boy.

Bajaj calls Kuki just like her mother while Prerna tries to calm Bajaj and wants him to hear her explanation. Meanwhile, Kaushik and Monu search for the file of Kuki to destroy it.

Kuki doesn’t tell Bajaj about her feelings for Kaushik and lies that she was just taking his help. She reveals her car broke down while her story is backed up by the driver.

Bajaj asks her to call the landline in the future and leaves. Elsewhere, Komolika wonders where Anurag and receives a call from Chandrika. She ignores Chandrika’s call while Anurag wonders what is Komolika’s purpose.

He confronts Komolika and reveals he knows everything. Komolika again receives a call from Chandrika so she ignores Anurag and locks herself in her room.

Komolika warns Chandrika while Chandrika reveals that Sneha is still alive. Meanwhile, Kaushik finds Kuki’s file while the guards plan to catch them.

Chandrika reveals that Prerna came to her orphanage and that she burnt the orphanage in exchange for money. Komolika wishes to see Sneha while Chandrika wishes to get more money from her.

Anurag confronts Nivedita and asks about Komolika. He questions about the documents and taking Komolika’s side. Nivedita lies and doesn’t reveal the truth about the orphanage.

© Copyright tellybest.com, 2018, 2019, 2020. All Rights Reserved. Unauthorized use and/or duplication of this material without written permission from tellybest.com is strictly prohibited.
Cached Saved on: Wednesday 28th of October 2020 05:30:03 PM