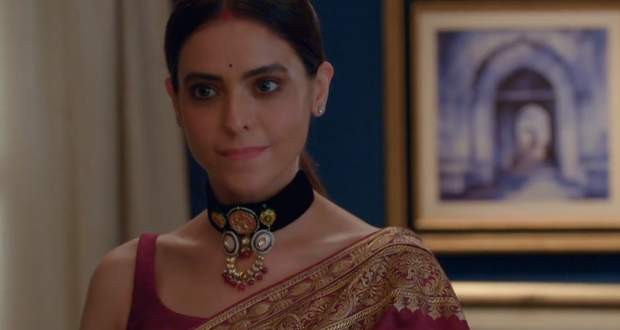 Today's KZK2 18 Jul episode starts with Anurag wanting to see Prerna’s satisfied look when he loses. Meanwhile, Prerna suggests she is happy but deep down she can feel Anurag’s pain.

Shivani knows Prerna still has feelings for Anurag. Elsewhere, Sneha wonders how Anurag was happy in his defeat while Prerna was sad even when she won.

Komolika is waiting for Anurag when Bajaj arrives and asks her to not speak anything against Prerna. He also reveals that the next day is a party at his home for Prerna’s achievement.

Anurag and Prerna watch the rain and remember moments spent with each other. Prerna is enjoying the rain when Bajaj comes and shares the moment with her.

Komolika gets mad at Anurag for coming late and then ignoring her. Anurag doesn’t want to talk to Komolika and wants to spend time with Prerna’s memories.

Bajaj expresses his feelings in front of Prerna while Prerna has the same answer. He states that he can’t afford to lose her and Anurag can never return in her life.

In the morning, Anurag says he doesn’t remember anything and ignores Komolika. He leaves without talking to her and asks Kaushik to come along.

Meanwhile, Kukki tries to talk to Bajaj but he shows cold behavior. Bajaj is happy that Prerna’s family is living with her while Shivani still acts weird. Elsewhere, Komolika learns from the newspaper that Prerna has converted her land.

© Copyright tellybest.com, 2018 & 2019. All Rights Reserved. Unauthorized use and/or duplication of this material without written permission from tellybest.com is strictly prohibited.
Cached Saved on: Tuesday 4th of August 2020 08:35:55 PMCached Disp on: Thursday 6th of August 2020 12:39:09 AM