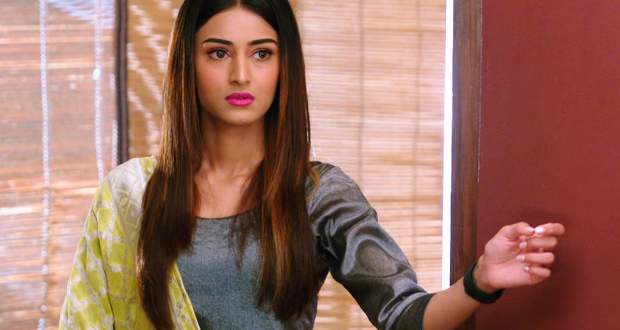 Today's KZK2 18 Mar episode starts with Komolika asking the meaning of Nivedita’s statement. She further accuses Nivedita of not having any knowledge of the business.

She further accuses her of not being responsible while Nivedita answers back. Komolika asks Nivedita to not come to the office and help in the kitchen.

Nivedita gets upset by Komolika’s behavior while Mohini reminds her that Komolika has done a lot for her and has saved Moloy’s life. Later, Komolika asks Ronit to meet her and tells Anurag that he will handle Prerna.

Meanwhile, Prerna makes Kuki understand that Bajaj is not able to express his love. Prerna finds Veena walking on the streets and gets out of the car.

She follows her and learns that they are living in a small house and are facing a financial crisis. Prerna asks Veena to come along with her to her house but Veena refuses.

Komolika welcomes her brother Ronit in Basu Baadi and asks Nivedita to meet him. She again insults Nivedita in front of Ronit and gives the position of CEO of Basu company to Ronit.

Ronit gets happy and assures that he will not let her down. Komolika asks Ronit to fail all the plans of Prerna and get the land for Basu city back from Prerna.

Komolika asks Nivedita to wear a chef’s hat while Nivedita gets mad at her mother for taking Komolika’s side.

Upcoming season 2 Kasauti Zindagii Ki (KZK 2) episode update: Prerna reveals in front of Veena that she has 3 companies in her name.

© Copyright tellybest.com, 2018 & 2019. All Rights Reserved. Unauthorized use and/or duplication of this material without written permission from tellybest.com is strictly prohibited.
Cached Saved on: Sunday 5th of April 2020 08:47:38 AM