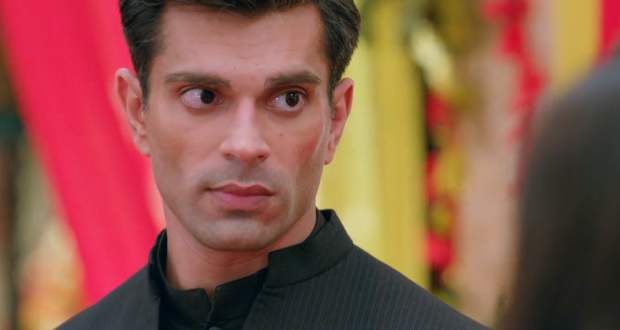 Today's KZK2 18 Oct episode starts with Bajaj warning Anurag to stay away from him. He again threatens to kill him while Anurag is confident about his love for Prerna.

Moloy reunites with his family and everybody is happy with him talking again. Meanwhile, Prerna is donating blood for Kuki and remembers the memories with her.

Later, Bajaj learns Prerna has already given the blood. Meanwhile, Prerna meets Moloy and gets delighted to see him walking.

She says no to Bajaj and is angry at him for his past actions. She accuses Bajaj of hurting her mother and refuses to talk to her dad.

Prerna tries to explain to her that her father loves her while Kuki reminds her that she loves Anurag. On Prerna’s explanation, Kuki agrees to meet Bajaj.

Bajaj gets some papers from a man and gives them to Prerna. They are divorce papers and Bajaj has already signed them.