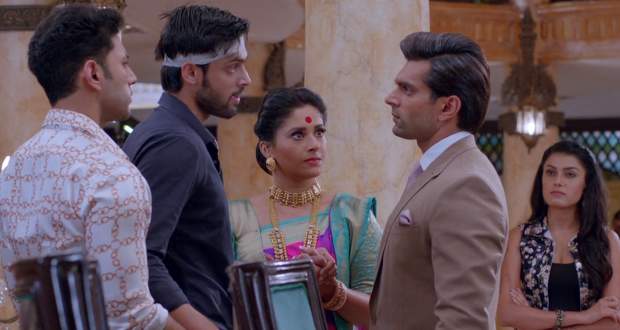 Today's KZK2 18 Sep episode starts with Bajaj enquiring from Mr. Mehra about work and asking to meet him. He tries to tell Prerna about him being jealous but Prerna says she is worried for Anurag.

Sharda wants Tanvi to flirt with Anurag and get Prerna jealous. Meanwhile, Bajaj is feeling restless while thinking about Prerna and Anurag’s relation.

He wonders if Prerna knows hypnotism and enquires about this from Mr. Mehra. He tries to ask about his situation indirectly while Mehra reveals the feeling is called love.

Bajaj asks Prerna not to be too sweet with him. He is still confused about his emotions while Mehra thinks Bajaj is nervous.

In the morning, the police arrive to arrest Mr. Bajaj. Prerna tries to defend him but at the same time, Anurag comes and says he has complained.

He blames Bajaj for hitting him on purpose with his car. Meanwhile, Shivani is hurried to someplace but is stopped by her mother.

Shivani tells the whole truth about Anurag’s accident and Bajaj being responsible for it to Veena. They all decide to go meet Anurag. At the same time, Anurag is sure about Bajaj doing the accident intentionally.

© Copyright tellybest.com, 2018 & 2019. All Rights Reserved. Unauthorized use and/or duplication of this material without written permission from tellybest.com is strictly prohibited.
Cached Saved on: Friday 31st of January 2020 05:06:36 PMCached Disp on: Thursday 20th of February 2020 03:45:07 PM