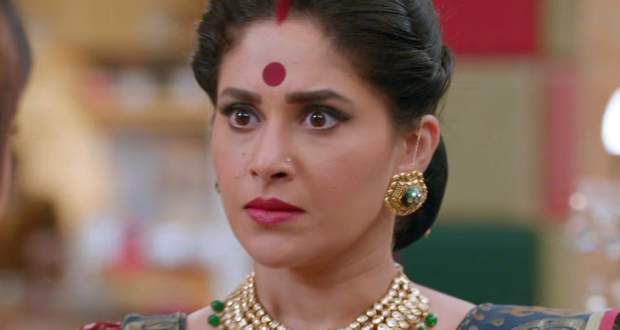 Today's KZK2 19 Dec episode starts with Prerna asking Komolika to go outside and explain everything to Veena. Prerna receives a call from Anurag and moves out of the room.

Mohini gets trapped in her own words while Komolika doesn’t tell her anything. Prerna enters a room and locks the door. She further calls Anurag and identifies the truck driver.

Komolika wonders what Prerna is talking to Anurag. Meanwhile, Ronit is followed by Anupam while Komolika doesn’t pick his call.

The truck driver is beaten by Anurag while Ronit enters the mill in his car. The driver tries to escape with Ronit while Anurag tries to recollect his memories of Ronit.

Anurag gets a severe headache and Prerna gets scared. Later, Mohini and Prerna get in an argument over Anurag while Prerna wants her baby to have Anurag’s love.

Anurag also asks the detective to search for Prerna’s husband. Later, Ronit calls Komolika but she is not in a state to talk.

Prerna contemplates if she should call Anurag or not and receives a video call from him. He tells her about his experience of watching Ronit.

Mohini makes a plan to bring Komolika and Anurag closer by taking them to a farmhouse.

© Copyright tellybest.com, 2018 & 2019. All Rights Reserved. Unauthorized use and/or duplication of this material without written permission from tellybest.com is strictly prohibited.
Cached Saved on: Sunday 29th of March 2020 02:48:27 AM