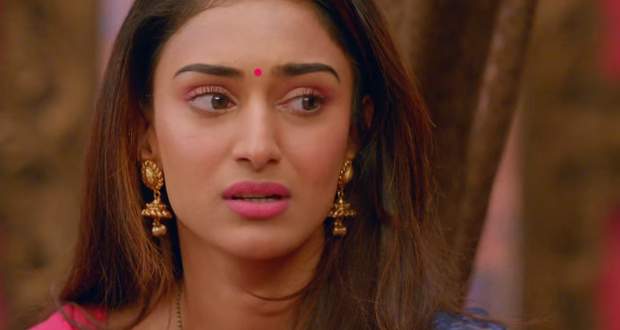 Today's KZK2 19 Feb episode starts with Komolika getting hyper about Prerna being in the house. She asks Mohini to choose between Prerna and herself.

Prerna accuses her of being a threat to Anurag’s life. Komolika declares that she will leave the house if Prerna stays in the house.

Moloy asks Prerna to come along while Mohini instructs the same to her. Meanwhile, the Sharma family is against Veena as she wants to get Viraj and Prerna married so early.

Later, Komolika gets happy to learn that Viraj will get married to Prerna the next day. Elsewhere, Anurag reaches Viraj’s house and asks for coffee.

He then enters Viraj’s room and finds Prerna and Viraj’s photograph. Meanwhile, Moloy asks Prerna to not marry Viraj while Prerna thinks Anurag’s improvement is altered by something.

Anurag tries to find some proof in his room while the servant gets suspicious and calls Viraj. Viraj asks about his fake mom dad and also wants him to distract Anurag until he arrives.

Prerna deduces that Komolika has given some medicine that helps Anurag forgets things. Later, Anurag finds a briefcase and hides it in the washroom.

He is confronted by Viraj’s fake mother and father but he asks to go in the washroom again. He opens the briefcase and finds the different identity cards of Viraj. Meanwhile, Prerna finds out that medicine has been changed from the box.

Upcoming season 2 Kasauti Zindagii Ki (KZK 2) episode update: Anurag tries to track Prerna while Viraj invites her to a farmhouse to kill her.

© Copyright tellybest.com, 2018 & 2019. All Rights Reserved. Unauthorized use and/or duplication of this material without written permission from tellybest.com is strictly prohibited.
Cached Saved on: Wednesday 8th of April 2020 08:45:08 PM