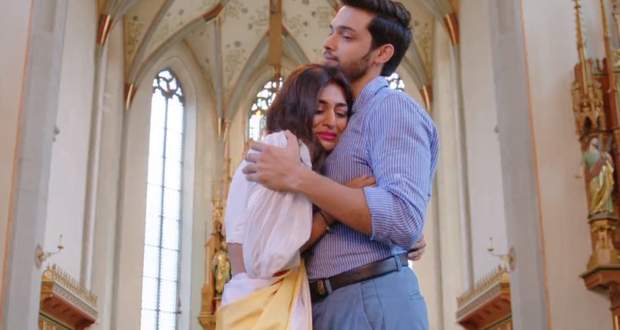 Today's KZK2 19 Jul episode starts with Nivedita blaming Prerna. She asks her how she will face Anurag after everything.

Prerna denies talking and answering any of her questions. Nivedita further criticizes her for her actions while Prerna is quietly listening and crying.

Nivedita tells Anupam about Bajaj and Prerna’s wedding suite. She gets a call from her mother getting worried about Anurag, who is missing.

Prerna visits a church, and while lighting a candle, she sees Anurag standing nearby. She tells him to take her away as she can’t live without him.

He tells her to relax and not to think anything. It all turns out to be Prerna’s imagination.

Meanwhile, Mohini calls Shivani to ask about Anurag. She tells her to call Prerna and enquire about Anurag from her.

Nivedita and Anupam also get worried about Anurag. Later, Prerna also receives a call from Shivani to inquire about Anurag.

Prerna gets worried about Anurag and gets shattered to hear her mother’s words. She calls Bajaj and blames him for trying to get close to her.

Meanwhile, Anurag reaches out to Mr. Bajaj’s suite in Zurich. He relives the memories of his engagement with Prerna after finding the same saree he gifted her.

He gets angry to see their decorated bed.