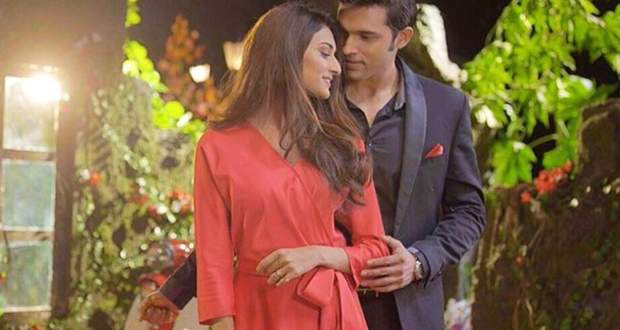 Today's KZK2 19 Jun episode starts with Anurag teasing Prerna deliberately. He says he is anxiously waiting for their grand wedding which will have all the rituals.

The guests gather at Basu Baadi for the gifts exchange ceremony. Veena, Shivani, and others also come to Basu house.

Veena calls Prerna and asks her to come over. Prerna asks Veena to start the ritual according to the time set by the priest. She says she will join them soon.

Mohini gives a precious saree and necklace to Veena to show off her status. Veena says she cannot accept such costly gifts from her.

Mohini asks Veena to take the gifts for Prerna’s happiness. Veena also hands over her gifts to Mohini. Mohini and her friends insult Veena and her status.

Veena gets offended and accuses Mohini of insulting her deliberately. Shivani calls Prerna and asks her to come to sort out the problem between Veena and Mohini.

Veena states to Mohini that she can give her house property to her. Mohini says she cannot give the house as it was given by Anurag to the Sharma family as a charity.

Mohini also states to Veena that soon Prerna will collect the precious things from Basu Baadi and hand it over to you.