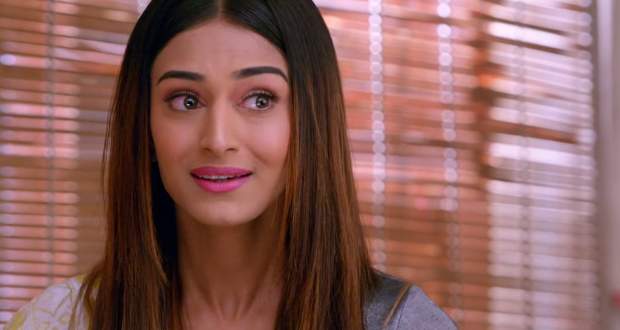 Today's KZK2 19 Mar episode starts with Bajaj asking Prerna to reveal in front of her family that the house is of hers. Prerna explains to her family that she has build companies and they have to live with her.

Veena is not ready to stay with her daughter while Prerna asks her not to think about society. Veena agrees to come with her but refuses to accept any servants.

Kaushik learns that Kukki is the new famous girl in the college but ignores her. Meanwhile, Veena and family are welcomed at the outhouse of Prerna.

Prerna learns about Veena’s operation and also talks about her failed love. She reveals that Anurag’s betrayal has made her stronger and remembers her father’s words.

Prerna asks her mother to make food for her while Kajal says she will make tea. Elsewhere, Kukki catches Kaushik romancing with a girl in the locker room. They start fighting and the girl with Kaushik leaves the room.

Prerna reveals that she gained strength because of Veena while later Shivani confronts Prerna about Anurag and Komolika. Prerna reveals she has already given a shock to them.

Prerna recalls the party wherein Komolika confronted her and told her to beware. They had a face-off while Prerna is all set to defeat her.