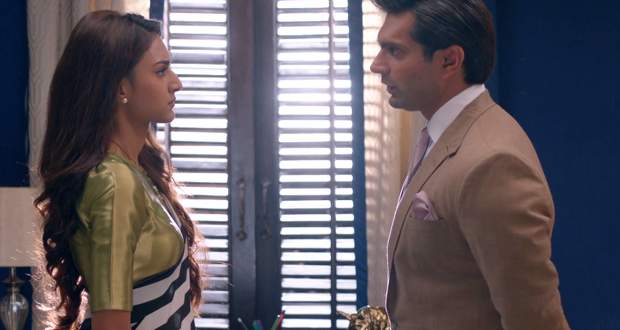 Today's KZK2 19 Sep episode starts with Anurag accusing Bajaj of doing his accident on purpose. Prerna gets upset and leaves while Bajaj wishes to talk to his wife.

Prerna also accuses Bajaj of intentionally hitting Anurag with his car. Meanwhile, Anurag warns Sharda Maasi to not interfere in his matters.

Mohini again tries to blackmail Sharda by using the photographs. She gets shocked to learn Sharda has already taken the photos.

Tapur and Tanvi also get in an argument regarding the accident. At the same time, Bajaj wants to prove his innocence while Prerna has already made her decision.

Later, Veena comes along with Shivani and Shekhar to meet Anurag. Mohini doesn’t want Veena to enter the house but Anurag rushes to meet them.

Anurag doesn’t want Mohini to insult Veena and feels thankful as Shivani is the one who saved him. Sharda interrupts and wants Veena to support them.

Veena refuses to support Bajaj and says their relation is first with Anurag. Meanwhile, Bajaj is trying to express his feelings while Prerna continues to blame him.

Bajaj fears of Prerna’s opinion rather than going to jail. At the same time, Kuki comes in the room and Bajaj asks Prerna to take care of her.

The police inspector gets mad at Anurag for overreacting while Bajaj comes to meet Veena. Bajaj surrenders while Sharda creates a scene.

© Copyright tellybest.com, 2018 & 2019. All Rights Reserved. Unauthorized use and/or duplication of this material without written permission from tellybest.com is strictly prohibited.
Cached Saved on: Monday 10th of August 2020 02:34:49 PM