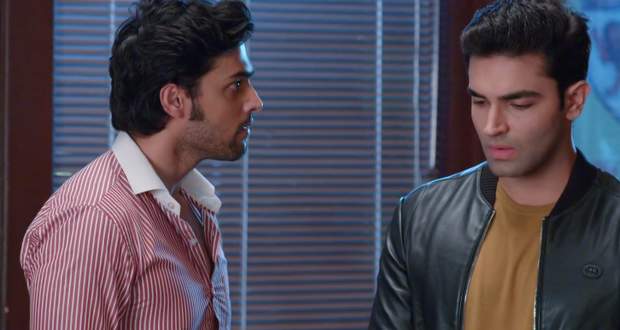 Today's KZK2 19 Sep episode starts with Bajaj getting upset with Kuki’s behavior and wants Kuki to come along with them to the college. Prerna assures Kuki that she is with her.

Anurag questions Komolika about Basu industries getting 51 percent stake in the Bajaj project. Komolika is surprised that Anurag is upset with her act while Anurag receives a call from the principal.

Anurag is sure Komolika is hiding something while the principal calls Komolika. The principal reveals Kaushik and Monu entered the college in the middle of the night to steal papers.

Kuki remembers her conversation with Kaushik and is sure he has done everything to save her. Meanwhile, Kaushik wants to sort the mess while Monu is confused about why he is spoiling his image for Kuki.

Kaushik reveals that he is in love with Kuki. Bajaj and Prerna reach the college along with Kuki while Prerna’s Dupatta is stuck in the car door. Anurag helps her to get the Dupatta out of the car door.

Prerna and Anurag share a romantic moment while Komolika and Bajaj argue inside the college. Later, Bajaj is upset with the principal and Kaushik while Kuki tries to defend him.

Anurag comes inside and slaps Kaushik. He is sure that Kuki is innocent while Monu reveals Kaushik wanted to make Kuki happy. Kaushik reveals that Kuki would have been proven guilty as the papers were leaked from her phone by him.