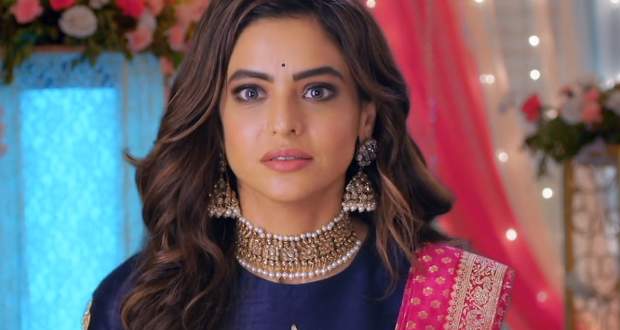 Everybody introduced themselves while Prerna continued to wait for Anurag. Komolika taunts Prerna for having a middle-class taste while Ronit continues to search for Shivani.

Prerna wants Komolika to be clear with her words while Komolika continues to be rude. Komolika calls her preparation ordinary and creates a fuss over it.

Komolika shows in front of Shivani that Prerna is arguing with her. Ronit acts of liking everything around him while Shivani is happy with her life-partner choice.

Prerna removes the flowers on her own while Priyanka also feels Komolika was rude. Bajaj comes at the same time and shares an awkward moment with Prerna.

Bajaj gets upset after he listens Prerna talking to herself about Anurag. Prerna tries to clarify that she doesn’t feel for Anurag. Bajaj is upset with her changed behavior around him.

Later, Mr. Bajaj bumps into Nivedita and he saves her from falling. Nivedita flirts with him while Bajaj talks rudely with her.