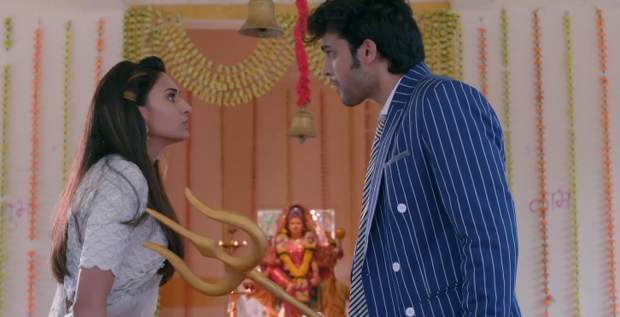 Prerna is adamant to get her daughter back. Meanwhile, Anurag is sure he will save Prerna and bring her back to Basu Badi. Later, Prerna orders to buy all the shares of Basu industries.

Prerna’s life is in danger while Anurag calls her to warn her. Anurag gets the location of Prerna from Priyanka and rushes to save Prerna. He finds them and plans to bring their car in between the truck and Prerna’s car.

Anurag brings the car in between and takes Prerna by the hand to save their life. He brings her to the temple while Prerna thinks Anurag is again doing some drama.

Prerna is not ready to believe Anurag while Anurag doesn’t want to leave her alone. Anurag apologizes to Prerna and speaks his heart out. He says he never wanted to push her as he loves her and wanted her to stay alive.

He reveals Komolika’s plan of sending Prerna to jail in the murder case of Viraj. Meanwhile, Komolika learns that Anurag saved Prerna and orders the goons to kill Anurag as well.

Mohini rebukes Komolika for planning to kill her son while Komolika hits Mohini on her head using a vase.