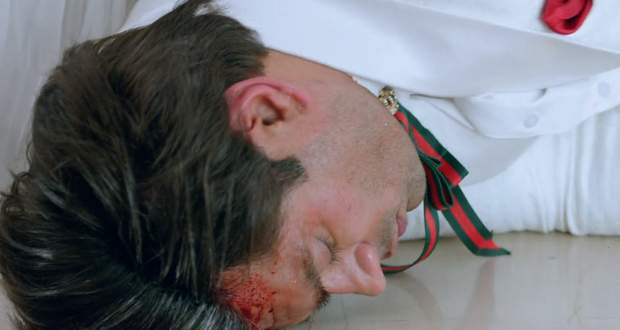 Today's KZK2 20 Aug episode starts with Maasiji asking someone to bring the cake. Veena says she will do it which upsets Prerna. Bajaj, on the other hand, wishes to clarify some things after birthday.

Kuki cuts the cake with Prerna and Bajaj while Maasiji decides to go upstairs and cut the rope of hanging. She leaves a little stress on the rope that can easily break with somebody’s touch.

She then sends Veena upstairs to tighten the rope of the same hanging. The hanging falls straight on Bajaj’s head with the rope in Veena’s hand.

Bajaj gets severely injured and is taken to the hospital immediately. When Prerna leaves, Maasiji starts blaming Veena for the accident.

In the hospital, Prerna feels weird to see Tanvi getting so worried for Bajaj. Meanwhile, Maasiji is planning to send Veena jail.

The police come to arrest Veena while her family members question about the arrest. Police says Bajaj is injured because of Veena’s carelessness.

Maasiji calls Tanvi and tells her to come home. Later, Nivedita and Maasiji get in an argument. At the same time, Doctor informs Prerna that Bajaj will be fine and that there was some internal bleeding.