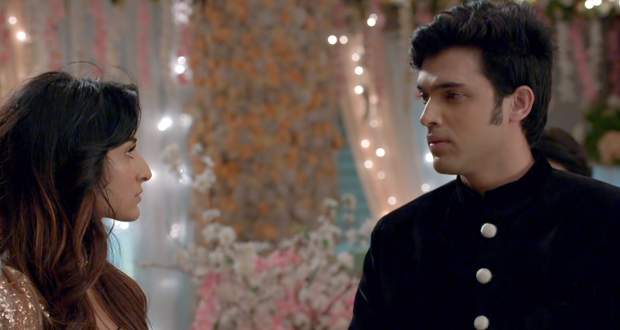 Today's KZK2 20 Aug episode starts with Anurag assuring Samidha that she will meet her parents soon. He hugs Samidha and misses his daughter Sneha.

Shivani gets upset as she is not able to find her engagement ring. Prerna helps her find the ring while Shivani wants her to dance on her sister’s wedding Sangeet.

Moloy meets Patra the investigator and asks him to find out the truth. Meanwhile, Anushka suggests that Kaushik likes Kukki while Kukki is not ready to believe her. Kaushik overhears their conversation and learns Kuki doesn’t want to be his friend.

Patra assures Moloy that he will find the truth. Moloy asks Kaushik about his mood while Kaushik wishes to return home. Later, Nivedita wishes to talk to Bajaj but Bajaj has eyes just for Prerna.

She gets jealous of their sweet talk and Shivani asks them to dance together. They dance on a romantic song while Anurag remembers his dance with Prerna.

Komolika wishes to dance with Anurag while Anurag makes an excuse that he has hurt his foot. Samidha comes at the same time and makes Anurag and Prerna dance together.

Bajaj sees Anurag and Prerna together looking into each other’s eyes. He doesn’t comment on it while Komolika wants him to see the truth.

Upcoming season 2 Kasauti Zindagii Ki (KZK 2) episode update: Anurag and Prerna are locked in a bathroom while Prerna thinks he wants to kill her.