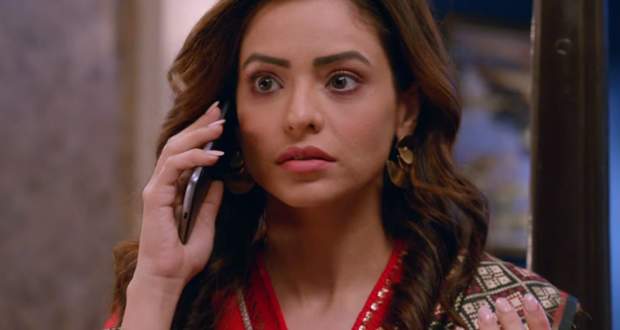 Today's KZK2 20 Jan episode starts with Anurag thinking that what Prerna declared is for Viraj. He remembers his conversation with Viraj and he is disturbed with Prerna’s confession.

Later, Viraj arrives and starts talking to an unconscious Prerna. Viraj takes Prerna downstairs to rest while Komolika gets mad at Ronit for kidnapping Shivani.

Komolika slaps him and asks the goons to bring Prerna and get Shivani inside the house. Komolika continues to search for Prerna while Anurag thinks about his feelings for Prerna.

The goons put Shivani in the guest room and find Prerna lying on the bed. Everybody is distracted with cake cutting while the goons take Prerna.

Shivani gains consciousness and sees goons taking Prerna from the window. She arrives downstairs and tells Anurag that Prerna is being kidnapped.

Anurag rushes to save Prerna while Mohini gets upset. Meanwhile, Komolika is worried about getting caught and calls Ronit to help her.

Ronit has taken Prerna in the truck and is unconscious. Also, Anurag is following the truck while Komolika doesn’t want Anurag to see his face.

Komolika wants Ronit to kill Prerna while Viraj listens to her conversation.

© Copyright tellybest.com, 2018 & 2019. All Rights Reserved. Unauthorized use and/or duplication of this material without written permission from tellybest.com is strictly prohibited.
Cached Saved on: Wednesday 8th of April 2020 07:14:34 AM