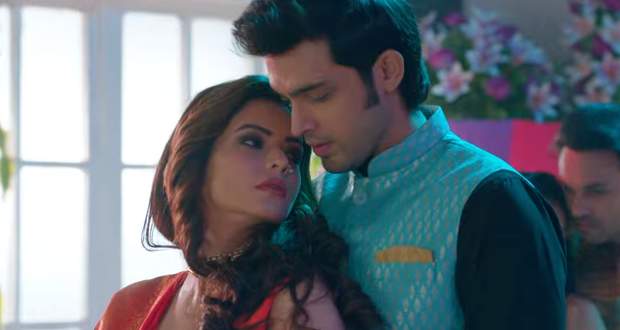 Today's KZK2 20 Nov episode starts with Anurag getting angry at Prerna for not taking care of herself. Later, Prerna realizes Sonalika is two-faced and is similar to Komolika.

Anurag gets upset with Sonalika aka Komolika for not taking care around Prerna. In the morning, Anurag calls Prerna to apologize for being rude to her.

He further says he feels responsible to take care of Prerna and her child while being with her. Later, Prerna tells Shivani about the incidents with Anurag while she wonders how she fell.

She realises that she was about to fall because of Sonalika. She tells Shivani that she feels Sonalika is Komolika as there is a lot of similarities between the two.

Nivedita asks Komolika if she is coming with them to a party while Shivani is also invited to the same party. Later, Nivedita arrives with her family to a Sangeet function.

Prerna and Shivani also arrive and Prerna and Anurag come face to face. Anurag keeps on staring Prerna and even sends a chair for her.

Later, Komolika and Anurag dance in a sensual way at the Sangeet party. Anurag doesn’t feel comfortable with Komolika’s moves. Prerna feels a strong similarity between Komolika and Sonalika.