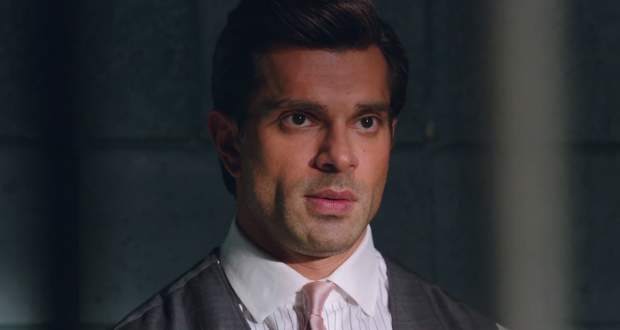 Today's KZK2 20 Sep episode starts with Mehra arriving at the police station to give bail papers. Bajaj refuses to sign the bail papers and leave jail.

He says doesn’t want to go home with the allegations. Meanwhile, Prerna talks to her family about Bajaj doing Anurag’s accident.

Mohini blames Prerna for the accident as she is related to Bajaj. Anurag says he is alive just because of Prerna while Mohini thinks Anurag doesn’t love her.

Sharda blames Veena for not supporting Bajaj and also put allegations on Prerna for not taking care of her own family.

Anurag meets Prerna and calls her the reason to live. Prerna is happy to see him perfectly well while Anurag wants Prerna to meet his mother.

Prerna says she tried to save him because she wanted him alive and that she cares for many people. She doesn’t want him to think that she will return in his life.

Some thief in the jail tries to talk to Bajaj and thinks he refused to get the bail because of his wife. Bajaj feels guilty for coming in between Anurag and Prerna’s love.

Anurag questions Prerna about leaving everything behind to take care of him. Prerna refuses to answer his questions and leaves.