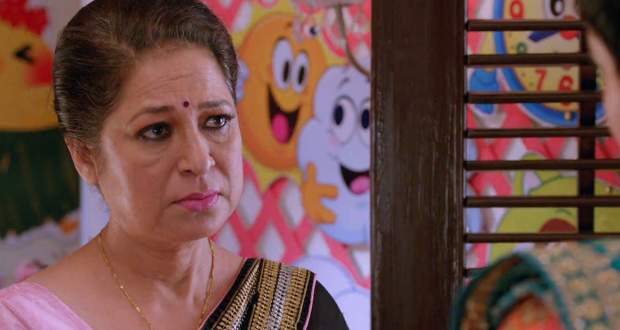 Today's KZK2 21 Aug episode starts with Prerna taking care of Bajaj at the hospital. Meanwhile, Maasiji and Nivedita continue to argue over who has more right to Basu mansion.

Maasiji threatens Nivedita about the consequences she might face if she crosses her. At the same time, Shivani informs Prerna that Veena has been arrested.

Later, Mohini is delighted with her plan and declares that Maasiji will talk to them with respect from now on. She says Maasi has done some crime which she has proof of.

Prerna promises her mother that she will get her out of the jail. Meanwhile, Maasiji wants Tanvi to build hatred in Kuki for Prerna.

Tanvi tells Kuki that Prerna’s mother is the reason for Bajaj’s injury. At the same time, Mohini comes and tells Maasiji that she might regret not coming in her room.

Later, Mohini again warns Maasiji of the consequences if she doesn’t oblige.