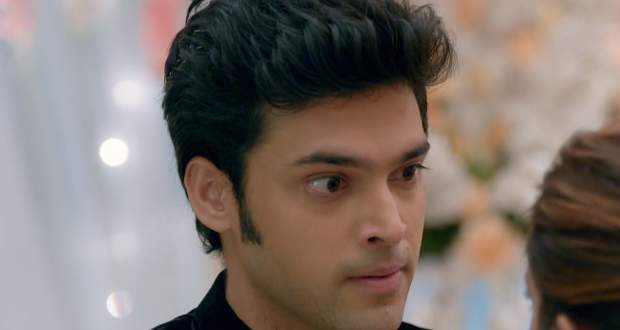 Today's KZK2 21 Aug episode starts with Bajaj asking Mr. Patra to find out about Ronit. Prerna wishes everything was better with Anurag and also says goodbye to Samidha.

Anurag and Prerna pass each other and Prerna’s dress gets stuck in Anurag’s button. They remember their past memories while Prerna gets hurt. Anurag immediately looks at her wound with concern.

Bajaj helps Prerna in untying Prerna’s dress while Komolika fumes in anger. She questions him about his connection with Prerna while Anurag declares that he still loves her.

Komolika reminds him that Prerna is married while Anurag declares that no one can take Prerna’s place in his life. He reveals that his eyes only search for Prerna and she is his true love.

He reminds her about their deal and asks her to focus on her brother’s Sangeet. Meanwhile, Bajaj doesn’t want Prerna to get too emotional while being around Anurag.

He thinks Anurag will take advantage of his emotions. He declares he doesn’t want to lose her and explains that he is talking about losing the strong Prerna.

Komolika plans to make Anurag watch Prerna and Bajaj’s closeness and create hatred in his heart for her. She spills drinks on Prerna’s dress and plans to send Bajaj in her room.

Komolika locks Bajaj in Prerna’s room while later Nivedita opens it. Later, Nivedita decides to lock Prerna in the bathroom to get private time with Bajaj.

She locks Anurag along with Prerna in the bathroom while Prerna gets mad at him for locking the door. Prerna suggests that Anurag is there to kill her.