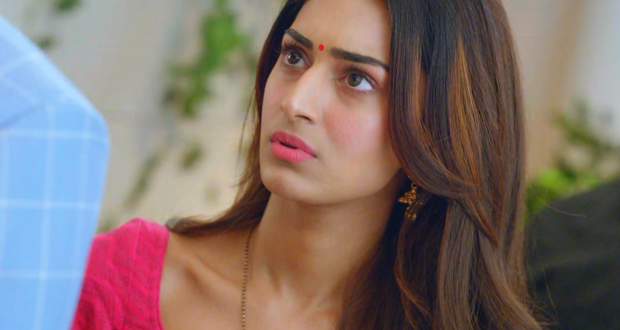 Today's KZK2 21 Feb episode starts with Anurag consoling Veena and explaining that he wants to save Prerna. Anurag asks about Prerna and Mahesh says he has dropped Prerna at Basu Badi.

Anurag asks her to not enter the farmhouse but she is trapped by his bodyguards. Viraj also points a gun at her and reveals he knows she loves Anurag.

He further reveals he knew everything from day one. Viraj says he might be someone from her past who wants to take revenge and says he will tell everything once they get married.

Prerna tries to escape while Anurag asks Viraj to leave her. Later, Prerna slaps Viraj for talking ill about Anurag. Anurag reaches the farmhouse and finds a trail of blood.

However, in the end there is just a color bottle to distract him. The guards come and use chloroform to make him unconscious.

Viraj takes Prerna to a cliff to get married while Prerna tries to escape. He then shoots the tire and gets Prerna out of the car. Anurag is brought by Viraj’s goons at the same time.

Prerna gets upset to see him in an unconscious condition and the goons tie a rope around his waist.

Upcoming season 2 Kasauti Zindagii Ki (KZK 2) episode update: Anurag tries to save Prerna but she gets shot by Viraj.

© Copyright tellybest.com, 2018 & 2019. All Rights Reserved. Unauthorized use and/or duplication of this material without written permission from tellybest.com is strictly prohibited.
Cached Saved on: Monday 6th of April 2020 01:41:00 AM