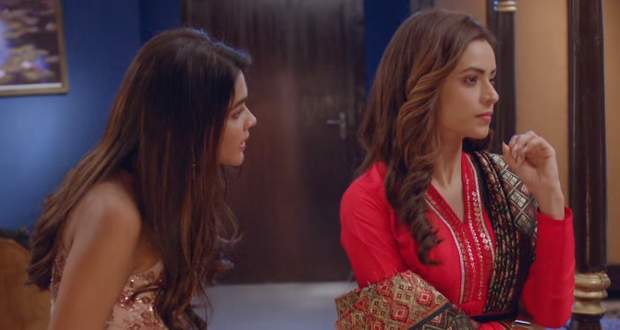 Today's KZK2 21 Jan episode starts with Komolika finding Viraj standing on her doorway. Ronit is scared of getting caught as Anurag is really close to his truck.

Komolika lies about her conversation while Viraj believes her. At the same time, Shivani arrives and accuses Komolika of getting Prerna kidnapped.

Anurag plays a smart trick and blocks the road for the truck. Elsewhere, Komolika refuses to accept that she is behind Prerna’s kidnap.

Komolika accuses Viraj of the kidnap and asks Shivani to leave. Meanwhile, Ronit makes a plan and gets Prerna shifted in another car.

Anurag asks the driver why he is speeding up the tempo and even checks for Prerna. Anurag is unable to find her and reaches the police station to the complaint.

The police inspector deduces from Anurag’s story that maybe Prerna was shifted to another car. Later, Prerna gets conscious and decides to leave clues for Anurag.

Moloy calls his friend to get a special team ready for finding Prerna. At the same time, everyone starts blaming each other for the changed situations.

Prerna is brought in a secluded area and is told that she will be killed by their boss. Prerna requests them to let her go. Meanwhile, Anurag returns home and tells his story.

Anurag promises Veena that he will bring Prerna back safe and sound.

Upcoming season 2 Kasauti Zindagii Ki (KZK 2) episode update: Komolika brings Prerna near the cliff and gets her pushed while Anurag rushes to save her.