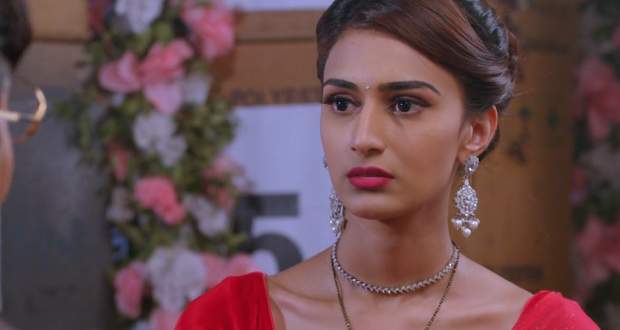 Today's KZK2 22 Aug episode starts with Maasii wondering what Mohini wants to show to her. Meanwhile, Police informs Prerna that Veena has been charged for attempt to murder of Bajaj.

She is further informed that Sharda Maasiji has filed the case against Veena. At the same time, Mohini shows Maasiji the photograph of her cutting the rope of the hanging.

She questions about the reason to harm Rishabh Bajaj. Anupam hears their conversation and interrupts them.

He later tells Anurag about the whole incident. Anurag decides to return to help Prerna. Meanwhile, Prerna is not ready to believe that Maasiji can file such a complaint.

Shivani again starts blaming Prerna and her in-laws for Veena’s arrest. Later, Prerna meets Mr. Vyaas and asks about the contract given by Bajaj.

Vyaas confirms that Bajaj gave the contract on the condition of Veena working for them.

He further says that Bajaj wanted to help Veena financially and overpaid him for it.

Prerna gets shocked to learn the truth. She feels guilty for misunderstanding Bajaj’s intentions. At the same time, she gets a call from the hospital to reach as early as possible.

Upcoming season 2 Kasauti Zindagii Ki (KZK 2) episode update: Prerna gets worried for Bajaj while Maasiji is not able to decide her next action.