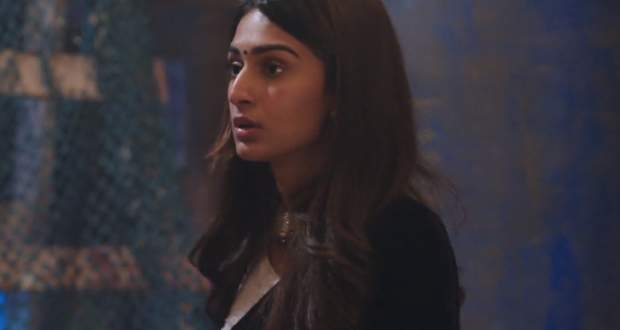 Today's KZK2 22 Jan episode starts with Prerna asking the goons who want to kill her. Prerna gets scared by a guy with knives while Jagga doesn’t want to hurt Prerna.

Meanwhile, everyone split to search for Prerna. Suman wonders if Prerna is kidnapped because of some rivalry. The commissioner tells Moloy that they will soon find Prerna.

He reveals that they have learned that the car was of Jagga. Komolika overhears the same while Veena prays to the goddess for her daughter.

Komolika calls Jagga but the guy with knives picks up the phone. He is asked to kill Prerna and he gets excited to use his knives.

Meanwhile, Mohini gets upset with everybody getting worried for Prerna while Nivedita is also mad at Anupam for supporting Prerna. Later, Anurag and Viraj find a cottage and decide to go without a car.

© Copyright tellybest.com, 2018 & 2019. All Rights Reserved. Unauthorized use and/or duplication of this material without written permission from tellybest.com is strictly prohibited.
Cached Saved on: Thursday 30th of January 2020 04:20:44 PMCached Disp on: Monday 17th of February 2020 05:42:12 AM