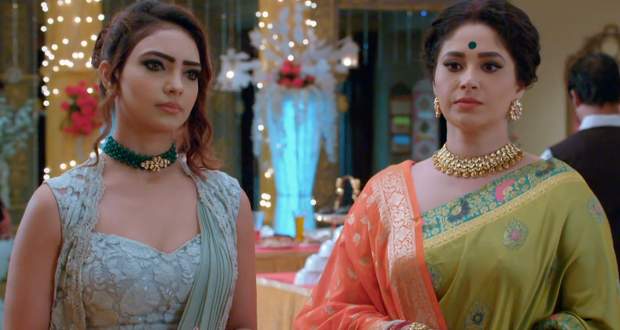 Today's KZK2 22 Jul episode starts with Komolika overhearing Nivedita’s plan regarding Mr. Bajaj. She decides to stop her and asks her not to waste her time as Bajaj is married to Prerna.

Nivedita is tired of the humiliation while Mohini consoles her. Meanwhile, Kaushik tries to make Kukki feel jealous by flirting with Anushka. Kukki gets mad while Anushka gets really excited.

Shivani continues to remain distracted during the party while Prerna is still suspicious she is hiding something. Elsewhere, Kaushik continues to irritate Kukki by dancing with Anushka.

Kaushik knows Kukki is jealous and also feels attracted to her. Later, Mohini offers to help Nivedita in getting Mr. Bajaj in her life. She still has bitter feelings for Prerna and wants to show her they are powerful.

Bajaj wants Prerna to show her plan of action while she is waiting for Anurag. Prerna shows the whole presentation and everyone praises her for her ideas.

Bajaj and Prerna complement each other while Komolika again gets in an argument with Prerna. Komolika also wants her to not drop the rates of property.

Prerna says she will not change any of her plans and will destroy her and Anurag. Later, Bajaj and Prerna celebrate by cutting the cake while Mohini asks Nivedita to focus on her target.

Upcoming season 2 Kasauti Zindagii Ki (KZK 2) episode update: Bajaj-Prerna pretends to be a normal couple to put an act in front of Komolika.