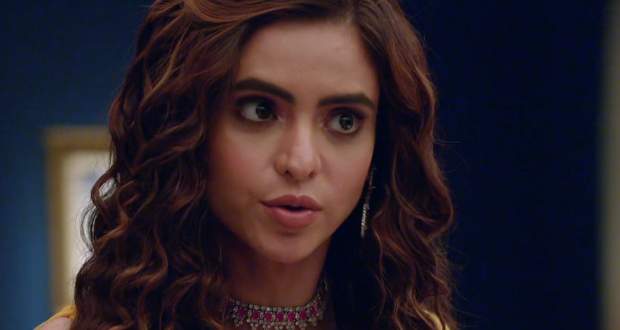 Today's KZK2 22 Sep episode starts with Bajaj getting upset with Kuki and Prerna for hiding things. Prerna thinks of telling Bajaj about the Bajaj city project.

Anurag confronts Komolika about receiving a 51 percent stake in the Bajaj City project. Komolika admits that she has done everything. Meanwhile, Prerna tells Bajaj the truth while Bajaj thinks Prerna has a soft corner for Anurag.

Prerna gets upset with Bajaj’s accusations and reveals she gave the shares only to save Samidha’s orphanage. She reveals that Samidha is very close to her heart and thinks she is just like Sneha for her.

Komolika reveals that she did everything to save the Basu company. She also spills the beans about demolishing the orphanage and further warns of showing her dark side.

Kaushik and Kuki will miss each other while Kaushik will call Kuki. She will receive the call and will talk rudely with him. Meanwhile, Prerna wonders why she thinks this much about Anurag.

Anurag calls Prerna as he gets hiccups as he wants to know if she is missing him. Prerna remembers Samidha while Anurag thinks she is talking about their daughter Sneha.

Anurag is excited to be in the same office as Prerna. In the morning, Prerna wishes to take all the decisions while Anurag agrees to her. Bajaj comes at the same time and compares there situation with his parking situation.

Anurag agrees to him but makes him realize that some things only belong to her. Later, Prerna states in front of Anurag that Kaushik should talk to Kuki.

Upcoming season 2 Kasauti Zindagii Ki (KZK 2) episode update: Anupam makes an entry at Basu house while Komolika is trapped in her own ploy.