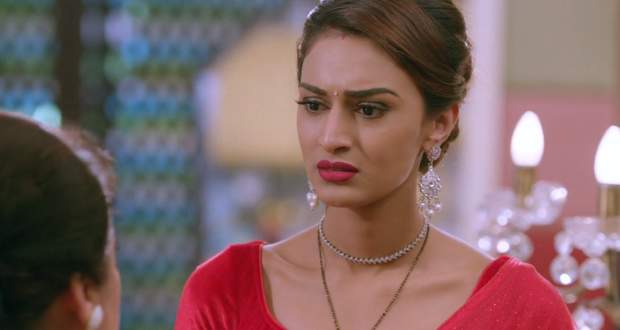 Today's KZK2 23 Aug episode starts with Maasiji declaring in front of Tanvi that only she will be exposed if Mohini tells anyone. She is sure that Mohini will not expose them as she might have some hidden motive.

Meanwhile, the doctor informs Prerna that they have to start some medication to get Bajaj conscious. Prerna comes to meet Bajaj and feels guilty for misunderstanding him.

She says she will not be able to hate him after that. At the same time, Tanvi comes and gets shocked to see Prerna caressing Bajaj’s hand.

Anurag tells Anupam that he cares for Prerna and her family and should be in India. Later, Maasiji wonders if she should take the complaint back or not.

Nivedita enquires from Mohini about talking sweetly with Maasiji. Mohini decides not to tell the truth to Nivedita and manipulates her answer.

Prerna confronts Maasiji about filing attempt to murder case against her mother. Maasiji says Bajaj will do the same after getting conscious.

She further reveals she has hired a lawyer to prove Veena just wanted to spoil the party. Meanwhile, Tanvi meets Bajaj in the hospital who is still unconscious.

At the same time, Maasiji continues to manipulate her actions. She offers to give some reputed lawyer’s number to help her.