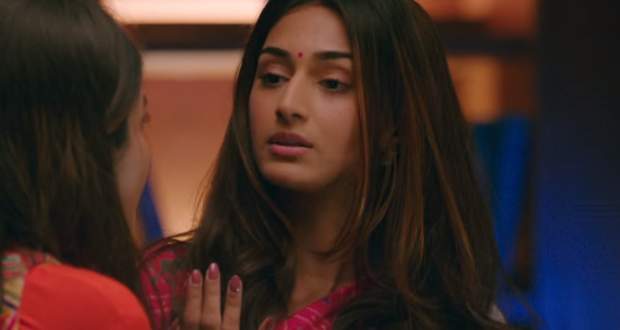 Today's KZK2 23 Dec episode starts with Prerna calling for Anurag and saying goodbye with a heavy heart. Komolika distracts Anurag so that he can’t meet Prerna.

Anupam and Moloy continue to argue over whose wife tortures more. Meanwhile, Komolika clicks a picture with Anurag and sends it to Prerna.

Komolika calls Prerna and mocks her about being with Anurag alone. Later, Basus reach the farmhouse and Mohini gets the outhouse decorated for the first night.

Prerna calls one of the servants and asks him to switch off the generator. She further wants him to go to his village and return in the morning.

Shivani and Prerna get excited about their plan while Mohini gets worried about the electricity. She decides to call Prerna and ask for help.

Later, Prerna arrives at the farmhouse while Moloy gets angry at her for coming there. Shivani decides to search the power box.

Meanwhile, Prerna finds the outhouse decorated with flowers and candles. She further finds a doll with a message from Komolika.

© Copyright tellybest.com, 2018 & 2019. All Rights Reserved. Unauthorized use and/or duplication of this material without written permission from tellybest.com is strictly prohibited.
Cached Saved on: Sunday 29th of March 2020 01:40:49 AM