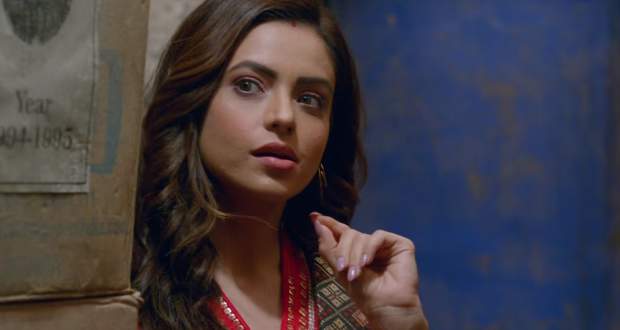 Today's KZK2 23 Jan episode starts with Jagga getting angry at Prerna for attacking his brother-in-law. Prerna continues to hide behind the boxes while Jagga keeps calling her name.

Prerna gets successful in escaping the warehouse while Anurag and Viraj also reach there. Anurag and the goons are searching for Prerna while Prerna also feels Anurag’s presence.

Prerna hides behind a tree and is saved by a snake which distracts Jagga. Prerna gets successful in escaping and finds a home near the jungle.

Meanwhile, Shivani is disheartened as she was unable to find Prerna while Mohini asks Veena to stop ringing the bell.

Anurag drops Viraj home and decides to search for Prerna. Viraj also doesn’t want to give up and decides to find his fiancé. Anurag misses the moments spent with Prerna.

Moloy takes Veena in their room and asks her to show some humanity. He threatens to tell Anurag all the truth if she doesn’t improve her behavior.

Later, Komolika reaches the warehouse and thinks her goons killed Prerna. Jagga arrives and reveals that Prerna has escaped through the jungle.

Prerna reaches a house and knocks on the doors while being in pain. She gets unconscious while a lady opens the door and gets her inside. The lady helps Prerna and decides to protect her while Prerna asks for a phone.

© Copyright tellybest.com, 2018 & 2019. All Rights Reserved. Unauthorized use and/or duplication of this material without written permission from tellybest.com is strictly prohibited.
Cached Saved on: Thursday 30th of January 2020 07:03:07 PMCached Disp on: Monday 17th of February 2020 11:50:40 AM