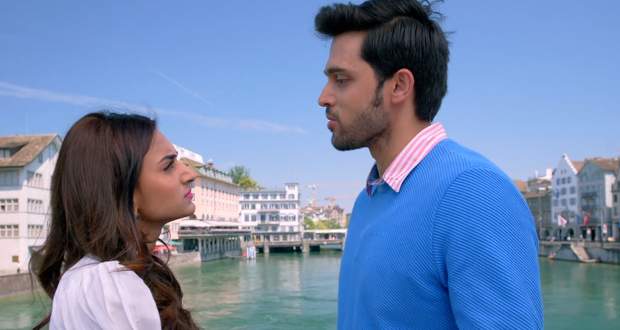 Today's KZK2 23 Jul episode starts with Anurag still begging Prerna to come with him. Prerna decides to make him hate her instead. She tells him she loves Mr. Bajaj.

Mr. Bajaj reveals to Nivedita that Anurag is in his room.

Meanwhile, Anurag is not ready to believe that Prerna loves Bajaj. Prerna says love, loyalty, and trust are just a waste of time and that she only cares about money.

Prerna’s words hurt Anurag and he slaps her. Anurag doesn’t believe her and asks if she did everything actually for money.

Prerna continues her drama of caring only about money. They are interrupted by Mr. Bajaj and Nivedita.

Anurag threatens Bajaj that he will take back what belongs to him.

Later, Nivedita and Anupam discuss the true colours of Prerna in front of Anurag. Anurag wants to stay alone.

Prerna wonders what Anurag will do next while Anurag has just one motive, to get Prerna back.

He decides to earn a lot of money to get back Prerna. Meanwhile, Anupam and Nivedita discuss the condition Prerna has put Anurag into.

Mohini again insults Veena and Shivani in the market.