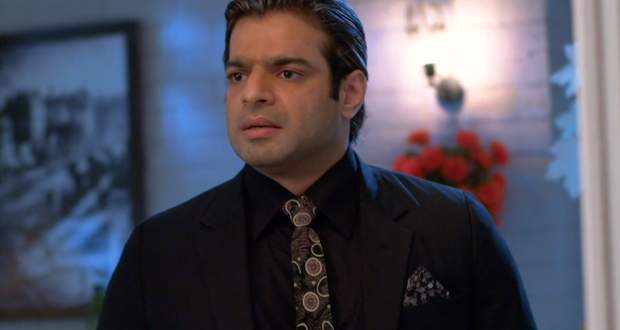 She suggests Bajaj is helping Prerna in taking all the decisions. She also thinks Prerna and Bajaj are not husband and wife. Meanwhile, Anushka and Kukki continue to argue over Kaushik.

Anushka says Kukki is jealous of her as Kaushik is after her. Kaushik feels pleased with his successful plan and knows Kukki will try to impress him soon.

Mohini and Komolika continue to observe Bajaj and Prerna. Mohini tells Nivedita that there are high chances of her becoming Mrs. Bajaj as Prerna and Bajaj might not be husband-wife.

Bajaj gets closer to Prerna and Komolika gets shocked. Meanwhile, Prerna gets mad at Bajaj for getting close to her and says she has only ever loved Anurag.

Nivedita is unsure about their plan while Mohini asks her to not give up. Mohini says she has witnessed Prerna’s reaction and how she is always getting away from him.

Later, Bajaj explains to Prerna that he got closer to her just because of Komolika. He reveals that Komolika thinks their marriage is fake and that she is planning to use the information against her.

Komolika thinks Bajaj and Prerna got into a fight while later they both come outside hand in hand. Prerna and Bajaj act as a loving husband and wife. Elsewhere, Nivedita tries to talk to Bajaj but he insults her and avoids her.