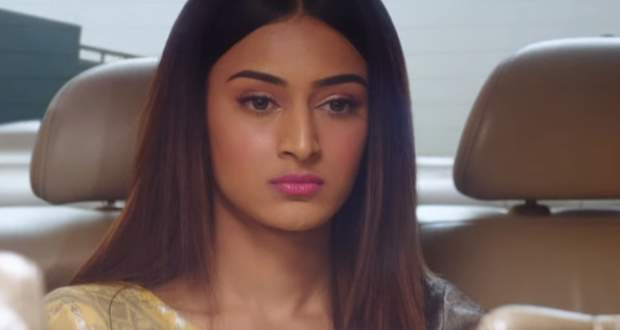 Today's KZK2 23 Mar episode starts with Komolika thinking about Prerna’s daughter dying out in the fire. Elsewhere, a small girl is shown searching for her aunt.

Prerna remembers that on the same day she lost her daughter. The small girl meets Prerna and comes inside her car. She offers to give her the balloon.

Prerna feels really happy to meet her and learns she is 8 years old. Meanwhile, Komolika remembers the nurse who she gave money to along with Prerna’s daughter.

The same nurse is shown with the little girl who tells her about meeting Prerna. Later, the balloon gets out of the car and Anurag catches it. Anurag misses his daughter after seeing the balloon.

Prerna meets Sudeep and wants permission. She also asks information on Basu’s project and planning. Prerna explains she wanted to create a home for the middle class and also provide job opportunities there.

Sudeep gives her permission to use half of the land for commercial purposes.

Upcoming season 2 Kasauti Zindagii Ki (KZK 2) episode update: Anurag is happy that Prerna got the permission while Komolika gets upset to read the news.

© Copyright tellybest.com, 2018 & 2019. All Rights Reserved. Unauthorized use and/or duplication of this material without written permission from tellybest.com is strictly prohibited.
Cached Saved on: Thursday 2nd of April 2020 03:00:43 PMCached Disp on: Friday 3rd of April 2020 05:02:11 PM