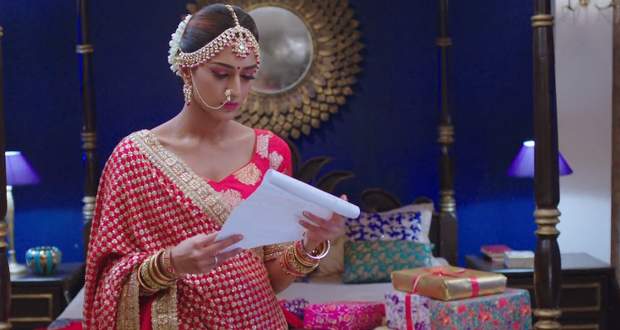 Today's KZK2 23 Oct episode starts with Komolika deciding to stop the wedding. However, Ronit stops her and warns her of the consequences of going to Basu house.

Meanwhile, Prerna is getting ready for the wedding while Bajaj says to Maasi they have to leave as he can’t see Prerna getting married to anyone else.

Prerna gets upset to learn that Kuki is also leaving and Bajaj gives her a letter. He has written in the letter that he will always be there for her help.

Bajaj tells Anurag that he will meet him only if he doesn’t love Prerna the way she deserves. Later, Anurag leaves to get a Chunri for Prerna.

Before Anurag leaves, Prerna tells Anurag that she is pregnant. Anurag gets delighted to learn that he is going to be a father.

Mohini wants Anurag to not leave but Anurag still goes out. Later, Nivedita returns and meets with her family members.

Komolika is out in her car going to stop the wedding. At the same time, Anurag gets the Chunri from the temple while Komolika sees him on the way. She follows him in her car.