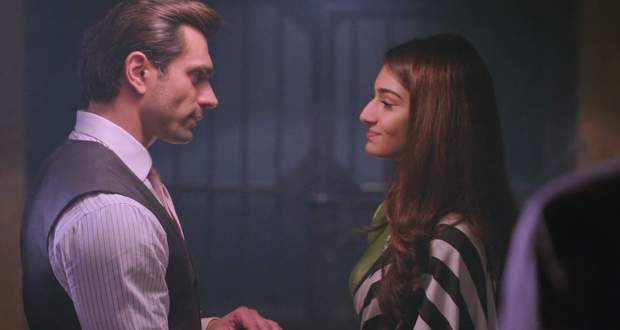 Today's KZK2 23 Sep episode starts with Prerna coming in jail to meet Bajaj. She enquires from Bajaj about not signing the bail papers and calls him a show-off.

Prerna says if Bajaj wants to take out his anger, he should. Bajaj says that he cares about how Prerna feels about him and wishes to come out of jail when he is proven innocent.

He further confesses about his feelings while Prerna still feels Bajaj is doing drama. At the same time, Mohini invites some of her friends and meets Polomy.

She is a matchmaker and Mohini’s friend thinks Anurag should get married. Mohini wants a girl who can accept Anurag with his past.

Anurag is driving towards jail and gets a call from Shivani. He picks up Shivani from her home who doesn’t like him driving in such a condition and shows concern.

Later, Sharda Maasi comes in jail to meet Bajaj and wants him to get the bail. Bajaj refuses to accept her request while Prerna calls him selfish.

Bajaj stops Prerna and thinks she hates him. Prerna says she doesn’t hate him as hate is a strong emotion.

Prerna sees Anurag approaching and holds Bajaj’s hand. She does the drama to make Anurag move on with his life. She tells Bajaj that she wants him back home soon while Anurag gets hurt to see their closeness.

© Copyright tellybest.com, 2018 & 2019. All Rights Reserved. Unauthorized use and/or duplication of this material without written permission from tellybest.com is strictly prohibited.
Cached Saved on: Thursday 6th of August 2020 03:44:48 PM