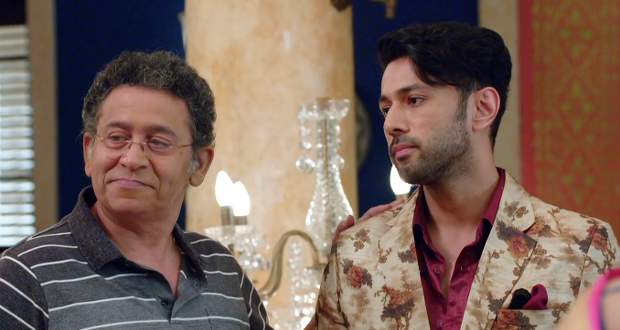 Today's KZK2 23 Sep episode starts with Anupam making a shocking entry in Basu house. He greets everyone while Mohini rebukes him. Nivedita asks him to leave the house.

Moloy hugs Anupam and gets happy to see him. Meanwhile, Anurag asks Kaushik to meet Kuki and console her. He feels a connection with Kuki and Kaushik’s story.

Komolika points Moloy’s action while Moloy mocks Komolika. Mohini wants Anupam to be out as he divorced Niveidta while he points out that they were separated.

He plans to stay there and take Nivedita along to his house. Elsewhere, Kaushik visits the Bajaj house to meet Kuki and wants to explain himself. Kuki starts crying while Kaushik offers his handkerchief.

Kaushik wants her to go to college and promises to not show his face there. Kaushik thinks she hates her but Kuki is just angry with him. Later, Nivedita wants Anupam to go while Anupam tries to console her.

Anupam gets close to her and declares his love. After he leaves, Mohini wants Nivedita to forget about him. She further thinks that Nivedita has feelings for Anupam.

Mohini thinks Anupam is there for money while Moloy reveals that Anupam has started a company in Nivedita’s name and doesn’t need money. Meanwhile, Komolika wants Prerna to tell everyone that she is the owner.

Bajaj reveals that she has to pay 200 crores as they have taken a loan from Bajaj industries. He wants Komolika to pay the price and get the ownership.