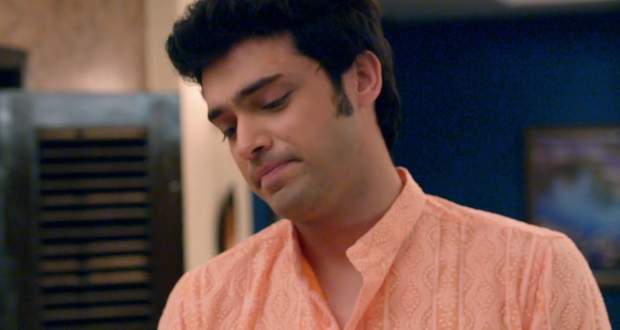 Today's KZK2 24 Aug episode starts with Prerna stating she will never forgive Anurag. She further thanks Bajaj for supporting her in hard times.

Komolika is angry at Prerna and confronts her about being close to Anurag. She is jealous and asks her to stay close to Bajaj instead of her husband.

Anurag misses Prerna and is upset as he has hurt her a lot. Later, Mohini feels Prerna is the reason for Anurag’s misery while Moloy knows the real reason why Anurag is upset.

Prerna and Komolika continue to argue over Anurag. Prerna asks Komolika to control her husband as he gets close to her whenever he feels weak.

Anurag misses Prerna and looks at her portrait just behind the portrait of Komolika. He feels suffocated to be away from her and wishes to hug her.

He wishes to reveal the truth but doesn’t want to put Prerna in danger. He wonders what Prerna said about Sneha. At the same time, Komolika questions Anurag about having Prerna in his arms.

Komolika gets furious with him while Anurag declares that he still loves Prerna. He lashes out at Komolika and reveals all the pain he has gone through for the past 8 years.

He shouts at her and Komolika gets scared of her. Anurag also reveals his pain as a father.

© Copyright tellybest.com, 2018, 2019, 2020. All Rights Reserved. Unauthorized use and/or duplication of this material without written permission from tellybest.com is strictly prohibited.
Cached Saved on: Wednesday 28th of October 2020 02:08:51 PM