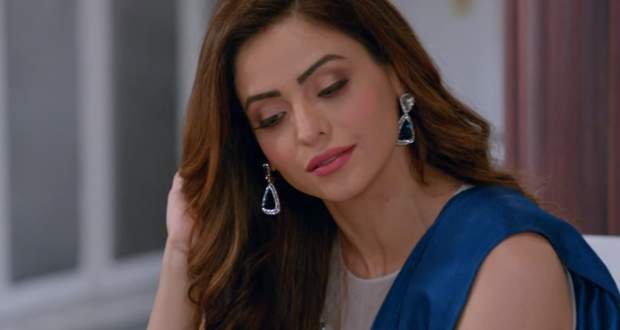 Prerna telling Shivani that Komolika is not in the farmhouse. She also helps her in switching the lights back on.

Moloy and Anupam want Prerna to stay there while Prerna wants to go. Prerna receives a video call from Komolika who tells her they are in a suite of a hotel.

She tries to entice Prerna and reveals that she will use a spiked drink to trap Anurag. She also reveals that Anurag’s phone is with her.

Komolika also shows her the entry of Anurag. Later, Anurag refuses to take a drink from Komolika and wants to call Prerna.

Prerna asks Anupam about Anurag’s stay while he doesn’t know about it. Later, he receives a message of card swipe at a hotel and rushes to inform Prerna.

Anurag enquires about his phone from Komolika and wishes to call Prerna. Meanwhile, Anupam informs Prerna and Shivani about the hotel where Anurag is staying.

Komolika tricks Anurag in drinking spiked water and he gets unconscious. At the same time, Prerna reveals her plan of using Ronit to stop Komolika.