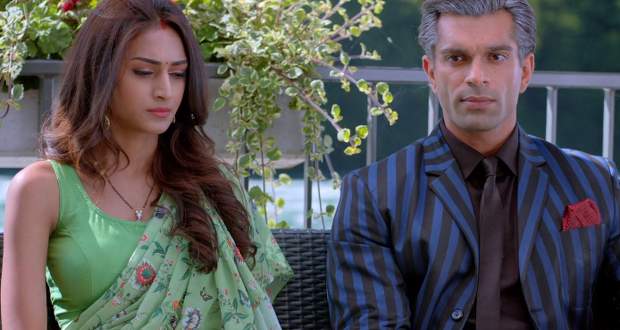 Today's KZK2 24 Jul episode starts with Mohini insulting Veena and Shivani. She threatens to tell everyone in the market what her elder daughter has done.

In Zurich, Prerna is lost in his thoughts but wishes to come for the meeting with Mr. Bajaj.

They take a tour of the city and Prerna finds some places where Anurag wanted to take her. Later, Anurag boards the same boat as Prerna and Bajaj.

Prerna stands up and is about to fall when Anurag and Bajaj get up to catch her. She balances herself on her own instead.

Nivedita gets mad on Anupam when she sees him with another girl.

In the meeting, Anurag tries to portray Mr. Bajaj’s character in a negative light. Bajaj uses Prerna as his business supporter to get back at Anurag.

Anurag decides to play a fair game to win against Mr. Bajaj. He leaves the meeting for a while and Prerna follows.

Anurag uses the same comparison between the waves and their love. He says their love will also rise again just like the waves.