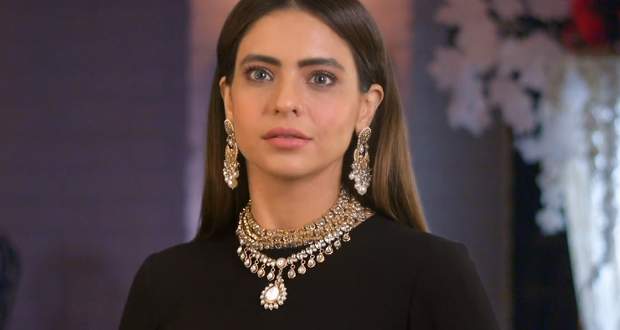 Today's KZK2 24 Jul episode starts with Nivedita getting upset over Bajaj’s behavior towards her. Mohini thinks Bajaj and Prerna’s relationship is real.

Mohini and Nivedita further discuss the secret behind Anurag leaving Prerna and choosing Komolika. Meanwhile, Prerna asks Komolika to stay out of her room.

Prerna shows the Bajaj city brochure to her while Komolika wants her to stop with her plan. Prerna is adamant to steal everything from Komolika and Anurag.

Komolika is sure she will spoil Prerna’s Bajaj city plan. She calls someone and takes Shivani’s name. Later, Prerna is thinking about Anurag while Shivani decides to hide her problem.

Kukki runs after Anushka and leaves her phone on the table. Kaushik arrives at the table and clicks pictures of leaked exam papers from her phone.

Kaushik deletes the images and phone number and leaves the phone on the table. Kukki feels relieved to find her phone back. Elsewhere, Komolika again warns Prerna to not reduce her property prices.

At the same time, Prerna witnesses Ronit kidnapping Shivani. Prerna follows his car in her car but loses him. She further goes to the police station to file a complaint against Ronit.

Veena calls Prerna and asks about Shivani. Prerna lies about Shivani’s whereabouts while Veena shows her concern for her children. Prerna again asks the police inspector to find Ronit and Shivani.

© Copyright tellybest.com, 2018, 2019, 2020. All Rights Reserved. Unauthorized use and/or duplication of this material without written permission from tellybest.com is strictly prohibited.
Cached Saved on: Friday 30th of October 2020 12:35:31 AM