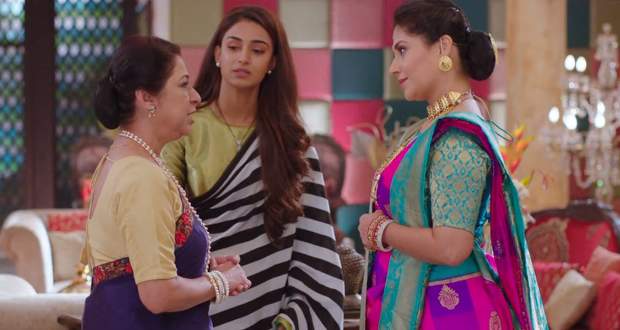 Today's KZK2 24 Sep episode starts with Anurag confronting Prerna about his past relationship with Kamolika. He also says that he knows she is doing love drama on purpose.

Sharda sees them together and wonders why everybody falls in love with Prerna. Shivani also comes inside while Maasi wants Prerna to leave with her.

Later, Anurag talks to Bajaj and wants him to stay in jail. They both get into an argument over Prerna.

Mohini introduces her friends to Sharda Maasi and mocks her for Bajaj being in jail. Sharda is not able to tolerate Bajaj’s insult and answers back.

She talks about Prerna being near Anurag to cure it. They both continue to argue with each other and later Mohini warns Sharda of not sending Prerna to save Bajaj.

Anurag drops Shivani home and asks her if something is wrong with him. Meanwhile, Bajaj thinks about all the moments shared with Prerna.

Prerna is with Kuki when Anurag comes in the room. He takes Kuki in his arms and she quickly falls asleep. Prerna gets happy to see them together.

Later, Maasi wants Prerna to respect Bajaj and ask him to sign the bail papers.