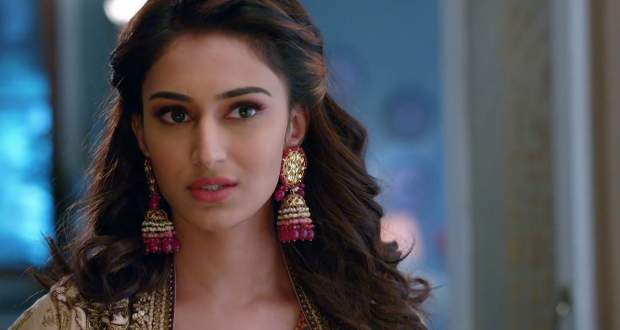 Anurag is pleased to hear Prerna and Bajaj’s plan. Meanwhile, Moloy advises Mohini to change her thinking and wants to accept Anupam as her son-in-law.

Shivani waits for Ronit while Ronit admits in front of his friend that he is frustrated with Shivani. The police arrive and try to catch Ronit with the drugs.

Nivedita learns that Anupam has actually opened a firm in her name but still doesn’t believe he can work for long. She receives a call from Anupam who shares his love feelings with her.

Priyanka asks Samidha about Chandrika and she gets scared. She reveals in front of Priyanka about Komolika and Chandrika’s conversation. Priyanka consoles Samidha and makes her sleep.

Ronit comes running to Shivani and puts the drug packets in her purse. The police surround Ronit and Shivani and want to check their pockets. Shivani supports Ronit while the police can’t find anything in his pocket.

Shivani confronts Ronit that she knows his reality and calls herself stupid. Shivani wants to know how he knew they were searching for drugs. Elsewhere, Priyanka confronts Chandrika about misbehaving with Samidha.

Chandrika reveals that she knows Komolika for years and wants to take advantage of Komolika and Prerna’s rivalry. She further reveals that Samidha is Prerna’s daughter, Sneha.

Prerna wants to know how Bajaj beat Komolika while Bajaj wants to know Anurag’s reaction. Meanwhile, Shivani takes out the drug packets from her purse and reveals she overheard his and Komolika’s conversation. She further refuses to marry him.