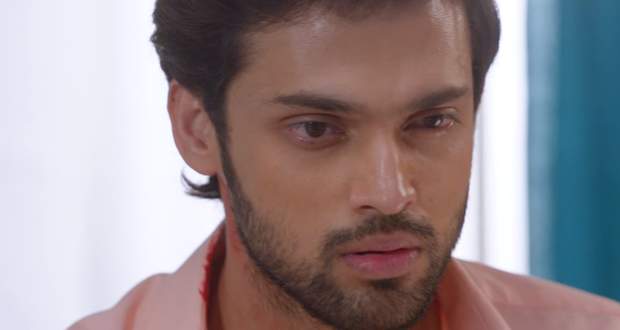 Today's KZK2 25 Feb episode starts with Anurag holding the baby girl in his arms. Anurag regains the memory of Prerna telling him that she is pregnant.

Anurag kisses Prerna’s forehead and Prerna wakes up. Prerna gets happy to learn that Anurag has regained his memory. Meanwhile, Komolika reaches near the cliff and wonders what happened there.

She gets scared to find Viraj in a pool of blood. She receives a call from Mohini who asks her to reach the hospital. Moloy and others learn about Prerna giving birth to a girl and enter her room.

Anurag further reveals that he has regained his memory. At the same time, the nurse comes and wishes to take the baby to keep in the incubator room.

Anurag further calls Veena and reveals that Prerna has become a mother. They also learn that Anurag has remembered all old memories. Meanwhile, Prerna wishes to talk to Moloy.

Moloy asks Prerna to come along with the little girl to their house. Komolika is upset with her spoiled plan and finds Anurag talking to his daughter. She wants to stop Prerna from revealing the whole truth in front of Anurag.

Later, Prerna starts crying and reveals in front of Anurag that Sonalika is Komolika. She further reveals that she wanted to kill her and their baby. She further shows him the video of the doctor doing plastic surgery of Komolika.

© Copyright tellybest.com, 2018 & 2019. All Rights Reserved. Unauthorized use and/or duplication of this material without written permission from tellybest.com is strictly prohibited.
Cached Saved on: Wednesday 8th of April 2020 08:07:24 PM